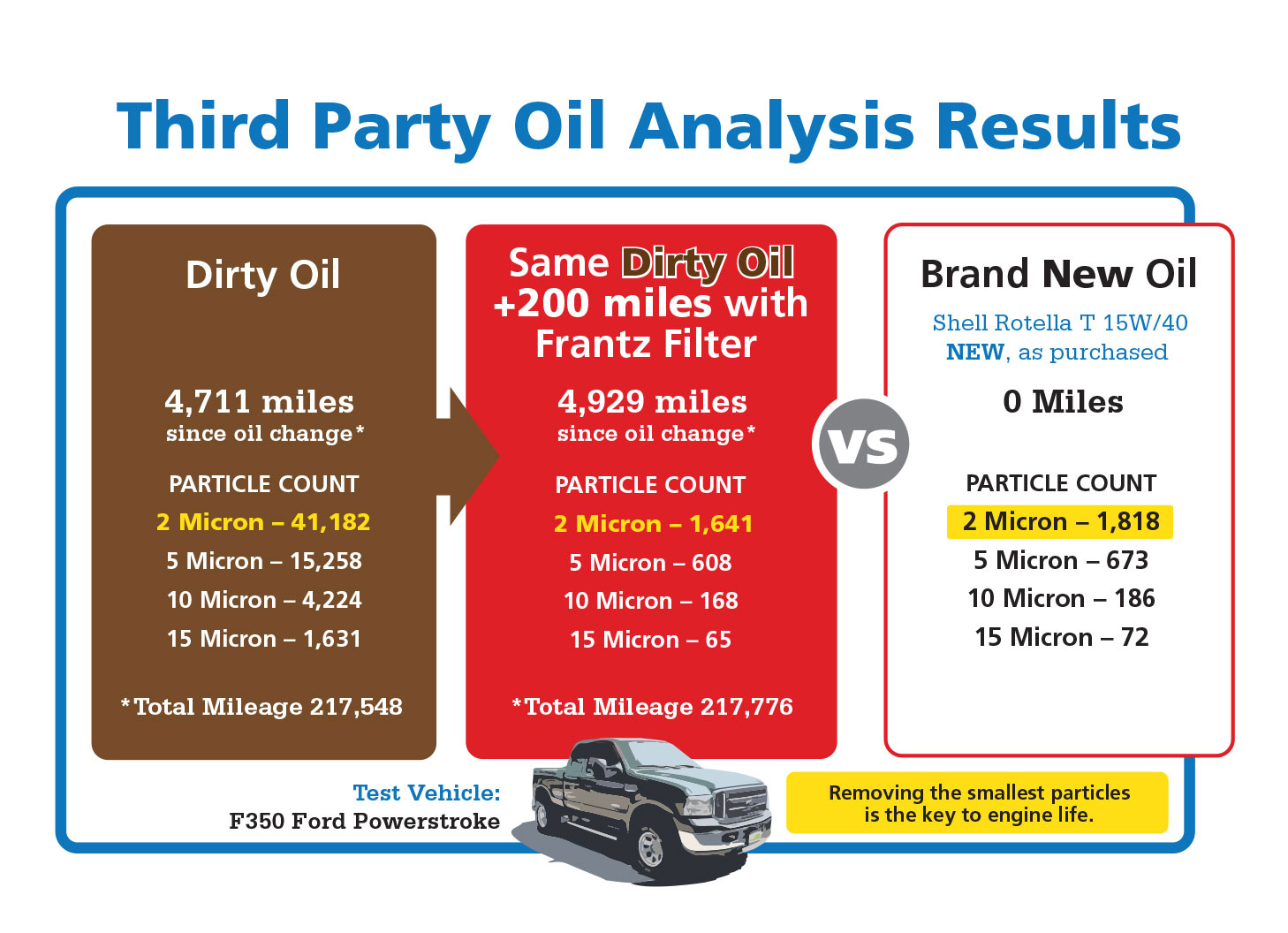 When LSI began working with the Frantz line, the company studied 3rd party lab reports, reviewed Frantz company testing data and conducted internal baseline testing. With the Frantz Filter System, the oil clean-up is achieved by filtering the engine oil from the bottom of the unit through a 4.25 inch dense cellulose based filter media that is re-circulated back to the engine. Cellulose is a natural polymer and is a great material for filtering due to its high strength and random fiber size. The Frantz Filter maximizes effectiveness due to this specially designed and tested cellulose media and the correct degree of tautness around the filter’s core. 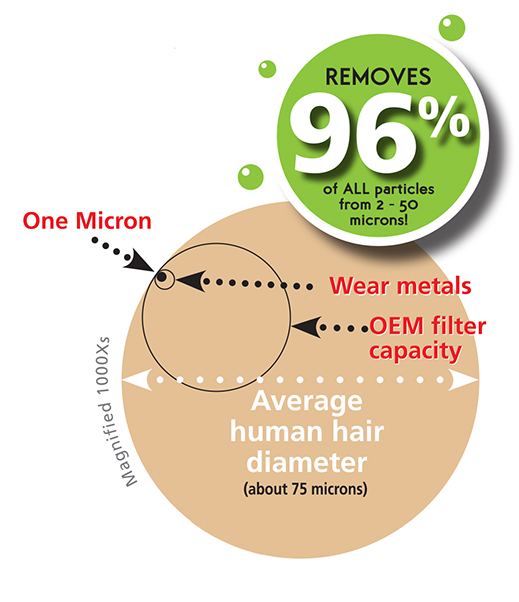 This filtering process removes the foreign particles and water out of the oil that can damage the engine. The Frantz Filter system removes carbon soot, gum residues, water, abrasives, and small metal pieces without degrading the detergents and additives in the oil.
The new Frantz Filter media, developed by LSI Laboratories, filters oil more than 10 times finer than an original equipment manufacturers filter – down to two microns. LSI is currently developing 2 additional filter media types designed for use in various applications.